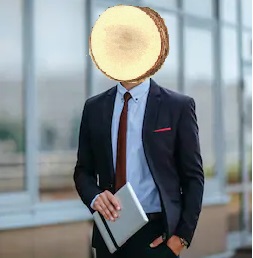 Drum Guy founded the company in 1964 and has acted as its CEO ever since. He briefly stepped down in 1994 but returned after his successor almost bankrupted the company.Thanks to his skills in business the company recovered.He hopes to one day pass the company off to his grandson.Until then he plans to continue to lead the company to prosperity. 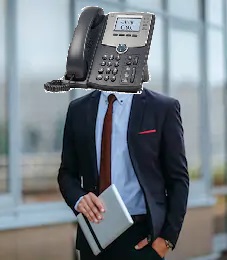 The grandson of Drum Guy, Phone has worked in the company since he was 15 years old.Starting as an intern he earned his place in the company instead of being handed the position. He is set to take over the position of CEO when his grandfather retires.He also wrote the staff bios. 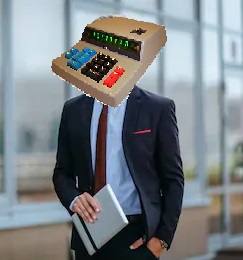 Calculator Guy is the son of Drum Guy and was given the position by his father.He briefly took position of CEO in 1994, but was removed after almost bankrupting the company. Despite being head of accounting he has none of the skills required for the position. 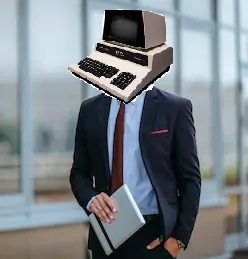 Pet joined the company in 1977 after a push to bring computers into the workplace.He has reliably made sure none of the computers catch fire again.He is stubborn when it comes to upgrading the computers and will try to put it off for as long as possible.He briefly left in the late eighties but returned after a bunch of computers caught fire.